Inspired Policing Solutions, LLC (ISP) is a consulting and training company geared toward impacting organizational transformation and community culture change created by Rick Morrison. He started ISP so he could continue to work closely with community leaders, police organizations, and non-profit organizations to impact meaningful change in communities across the country. 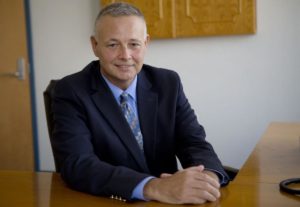 Rick began his career in public service in 1989 as a Corrections Deputy for Pinellas County Sheriff’s Office. In 1994, he served as a Law Enforcement Officer for Kenneth City Police Department in Florida. Rick continued his career in Law Enforcement and joined the Roanoke Police Department in 1996. During his 22-year tenure at the Roanoke Police Department, Rick assumed many roles and responsibilities to include becoming a General Instructor for the Department of Criminal Justice Services in 1999, providing professional instruction to police departments, and community groups throughout the country.

Rick has had the privilege to teach and consult many police agencies across the country. His area of expertise is in the following courses: Leadership, Organizational and Community Culture Change, Mentoring the Underachieving Employee, Community Policing and Effective Problem Solving, Crime Mapping, Hot Spot Policing, Community Policing, and Countering Violent Extremism, and Managing the Training Unit.

Rick resides in Roanoke, Virginia, and is married to Janet and the proud father of a son, Nathan, and two beautiful stepdaughters Lindsey and Lauren.